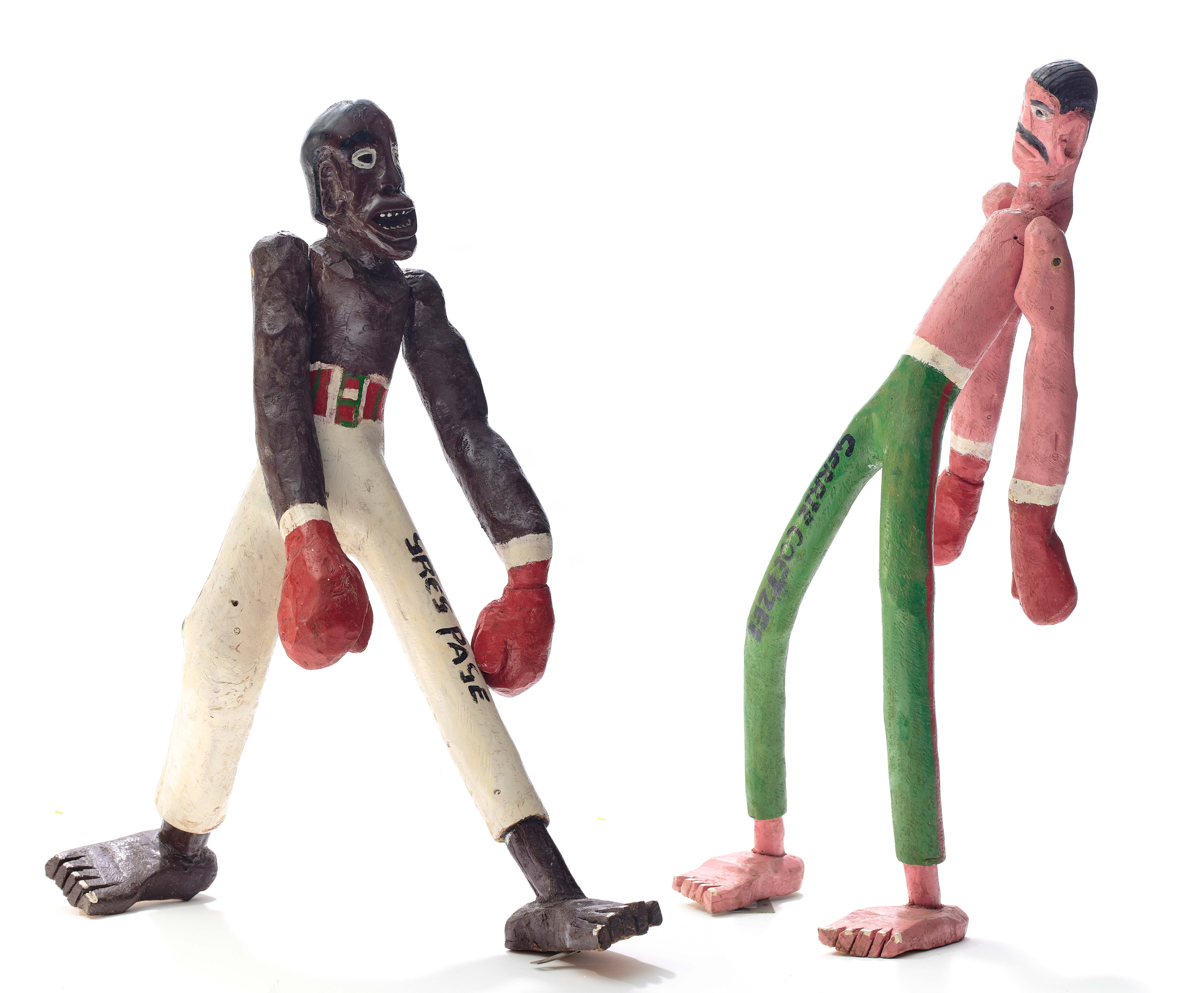 American boxer Greg Page took the World Boxing Association Heavyweight title from Gerrie Coetzee on 2 December 1984 when he knocked out the South African champion in the eighth round.

It might come as little surprise that the present lot, a depiction of a famous fight between black and white boxers at Sun City in 1984, features in Sue Williamson’s landmark book, Resistance Art in South Africa. The politically loaded piece references the defeat that Greg Page, an African-American from Louisville, Kentucky, inflicted on the then WBA heavyweight champion, Gerrie ‘The Boksburg Bomber’ Coetzee. The fight was eagerly anticipated in the townships – despite Page’s underdog status – and the result wildly celebrated there. Williamson’s description of the work follows the obvious political analogy, and is certainly worth noting: ‘In Dr Seoka’s lively and evocative piece, Coetzee is shown slack-jawed, sagging at the knees, while an agile Page, possibly feeling the great swell of black support behind him, moves in for the kill’.1 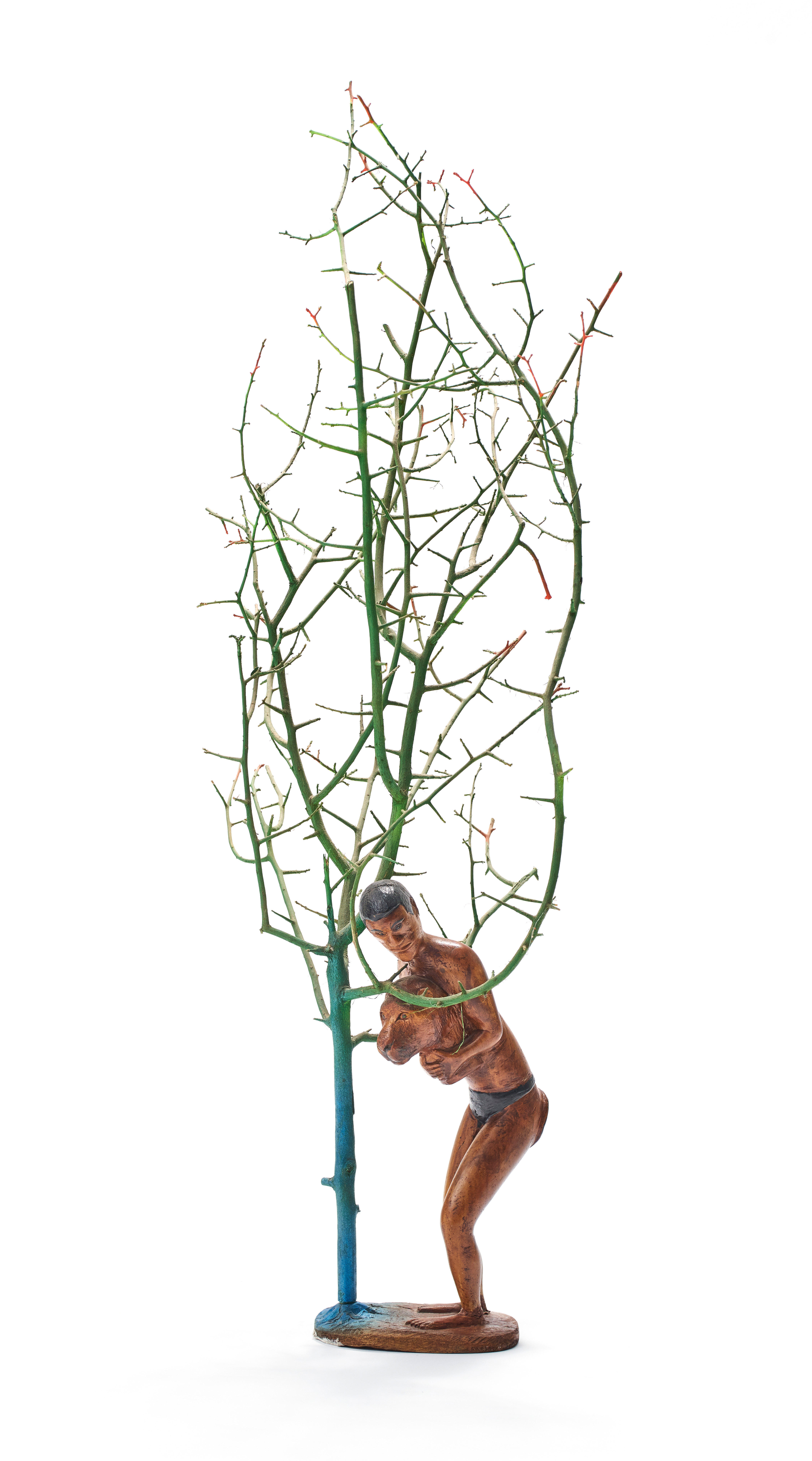 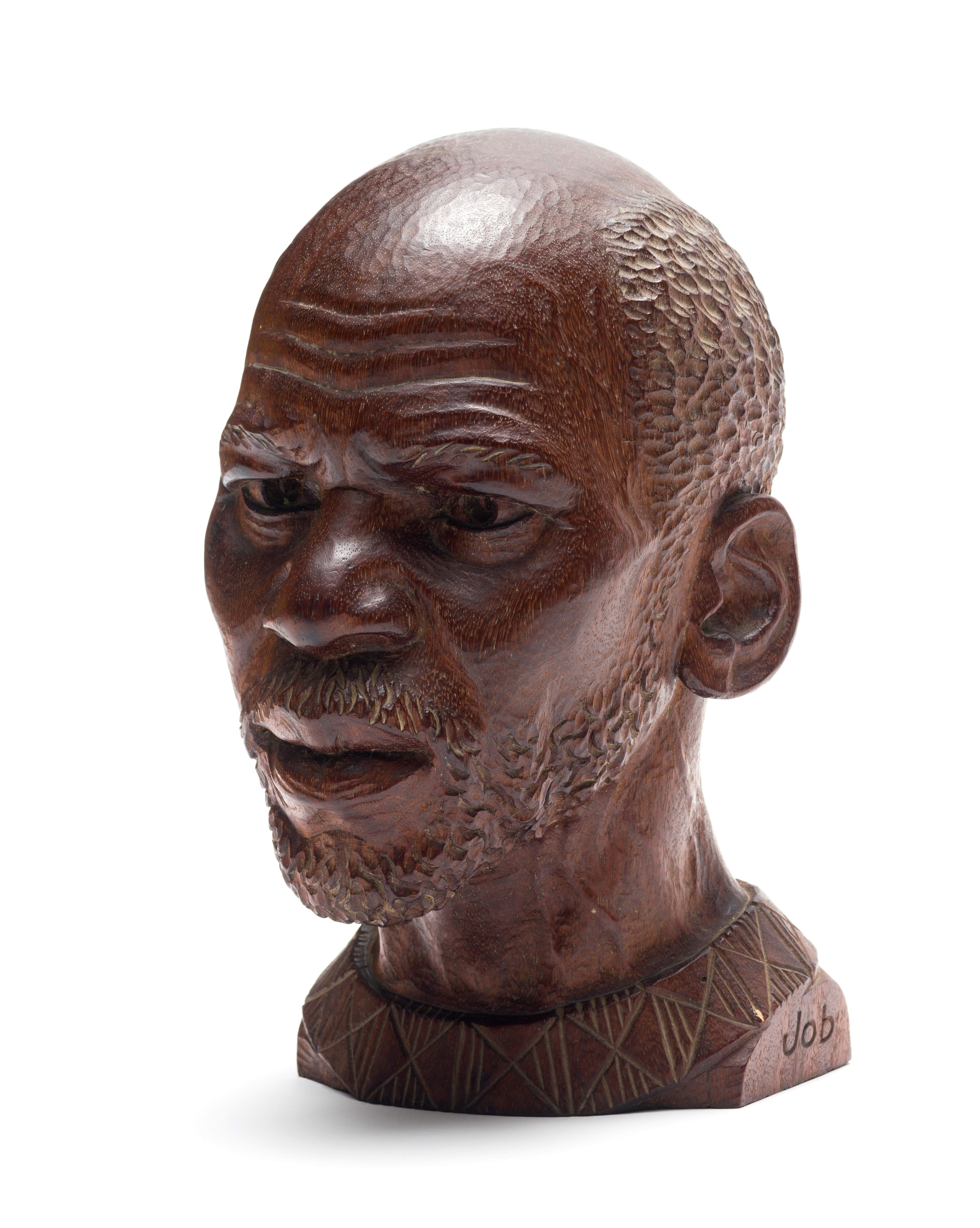 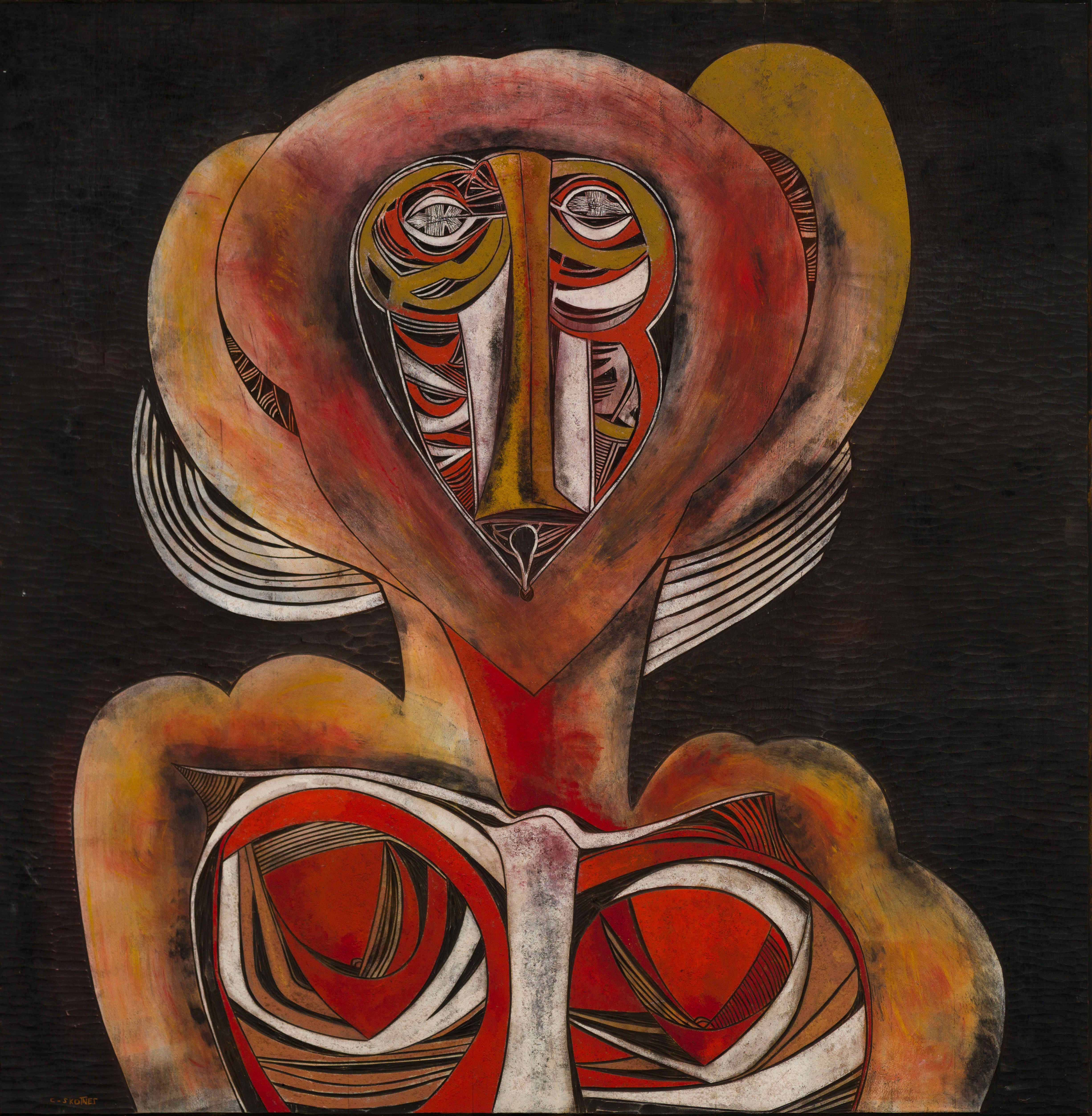