Cecil Skotnes
South African 1926-2009
Man's Gold, portfolio
A portfolio of 28 woodcuts by Cecil Skotnes, 6 poems and text by Stephen Gray, based on ideas by Denis Godfrey. These woodcuts were printed from original blocks in 2 to 5 colours on Zerkall Buetten paper by Egon Guenther, slipcase is hand bound in Oasis goat skin by Peter Carstens, Johannesburg, August 1975 to January 1979, edition limited to 75 copies and 15 artist's proofs, these each signed and numbered 69/75 in pencil in the margin, title page signed by the artist and the poet
colour woodcuts
each sheet size: 38,5 by 53,5cm; slipcase: 41 by 56 by 5cm 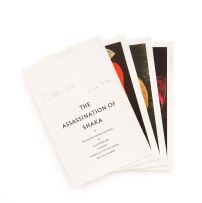 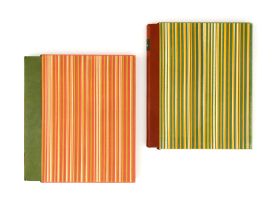 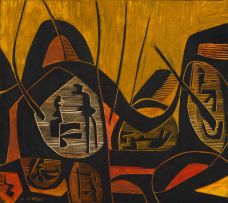 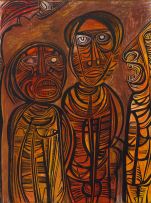 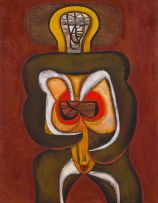 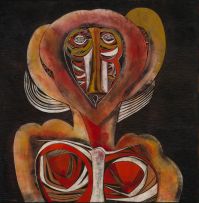