Bushman Hunter, conceived in 1902, remains one of the artist’s most recognisable and sought after desk-scale works. Beautiful, vigorous, charismatic and meticulous, the work is one of the benchmarks of early South African sculpture. Recent research by Gerard de Kamper, chief curator of collections at the University of Pretoria, has shed amazing new light on the casting history of the work: between 1905 and 1928, the syndicate of businessmen bankrolling Van Wouw’s output ordered 28 casts of Bushman Hunter from the Nisini foundry on the Via del Babuino in Rome. This was significantly more than the next most popular works, Kruger in Exile (13) and Skapu Player (13). On the best Bushman Hunter casts – and the present example is outstanding – one can sense the figure’s pumping pulse. Moreover, the sinews on his neck are pronounced, his collar bones catch the light, the skin stretches tightly across his chest, veins bulge down his forearms, and wrinkles spread around his knees and ankles.

Thanks to Gerard de Kamper for assistance with cataloguing this lot. 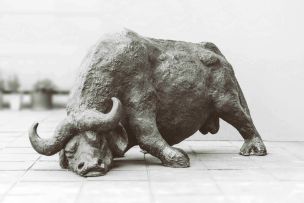 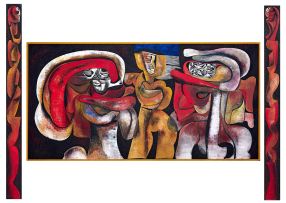 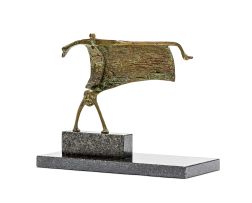 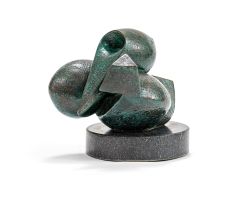