"The couple is an anachronism, awkwardly and uncomfortably situated in a hostile landscape. They are relics from another era, much like the fallen Grecian column, and the prospect of their using the contemporary His and Hers exercise bikes seems most improbable. They are both dressed in mad and impractical white Victorian outfits; he wears a pith helmet and carries a felt-covered water bottle; she wears a boater hat and holds a parasol. The colonial colours of red, white and blue feature in small details. He has two walking sticks, one white which he taps against the edge of a pavement - a case of the blind leading the blind. We don't have to look very far to encounter that in our history. A snake emerges from a chamber pot on her lap, recalling the Indian snake-charmers in the old Empire who used to walk around with little baskets of snakes and perform, sitting cross legged. But here the snake rears up threateningly from the chamber pot, an object which travellers of their era would have had under their beds as an essential part of their equipment. She is a relic, a fossil, and her disconnected marble foot recalls the forms of Greek and Roman Sculpture, as does the drapery of her dress. The yellow crumpled form was based on a child's plastic block that has been squashed. I used to walk along the beach and collect these objects, thinking 'I'm going to use this at some point'. Here I use it as a symbol that evokes decay and the temporal."1

“Pinker spent a decade living, studying and working in Europe between 1954 and 1964. In his intelligent translation of the formal conventions of modern art movements, especially Cubism, he explores the follies, pretensions and evils of colonial and post-colonial white society in South Africa. In this painting, which exemplifies Pinker’s later work, the idea that this society is capable of transformation is gently mocked by the exercise machines that promise a new body, but not necessarily a new or changed mind. The fresh colour and decorative flatness of the work competes with a savage dryness of the line and fractured quality in the figurative elements. This results in a work where emotional and conceptual complexity is woven into a composition of exceptional formal elegance.” 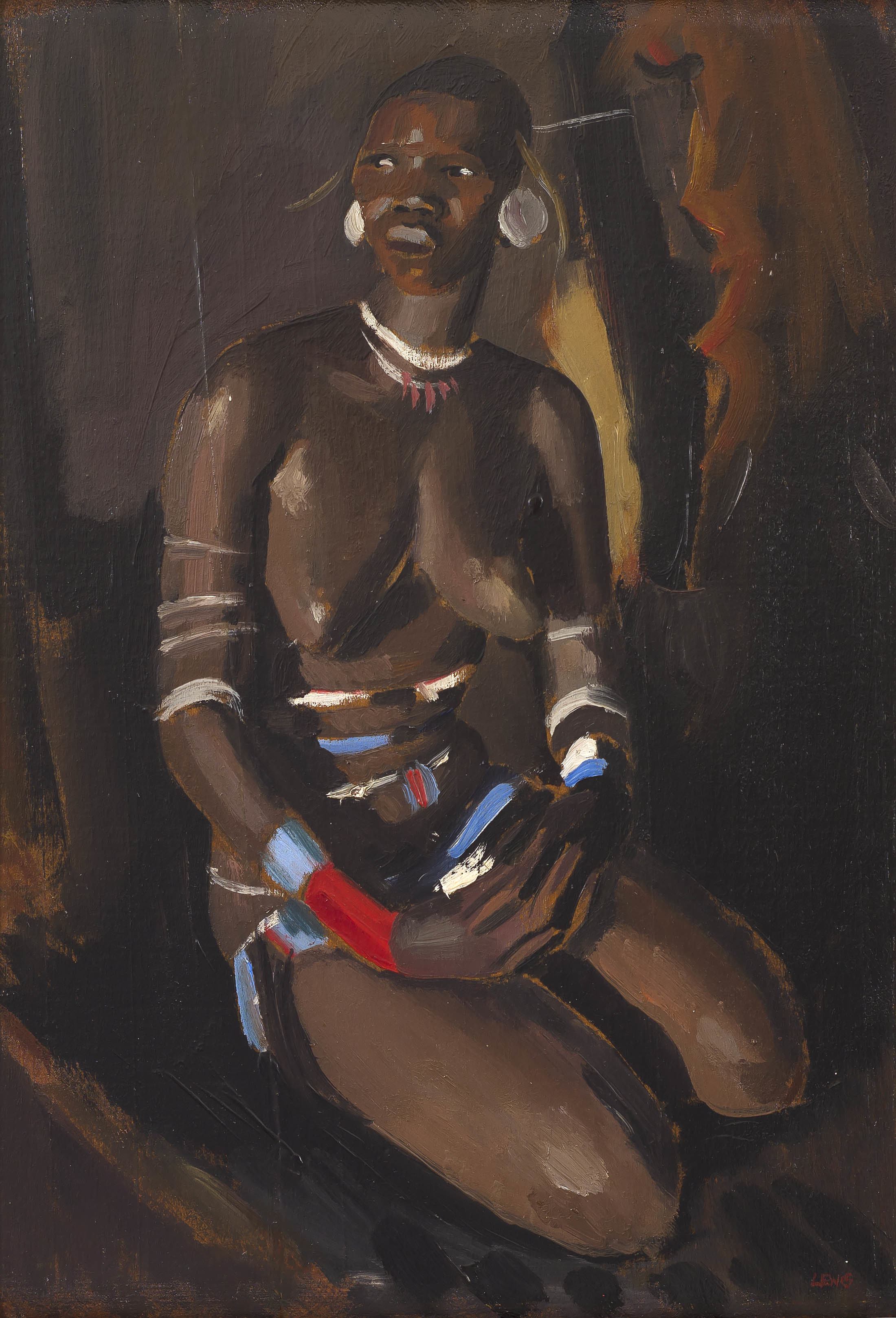 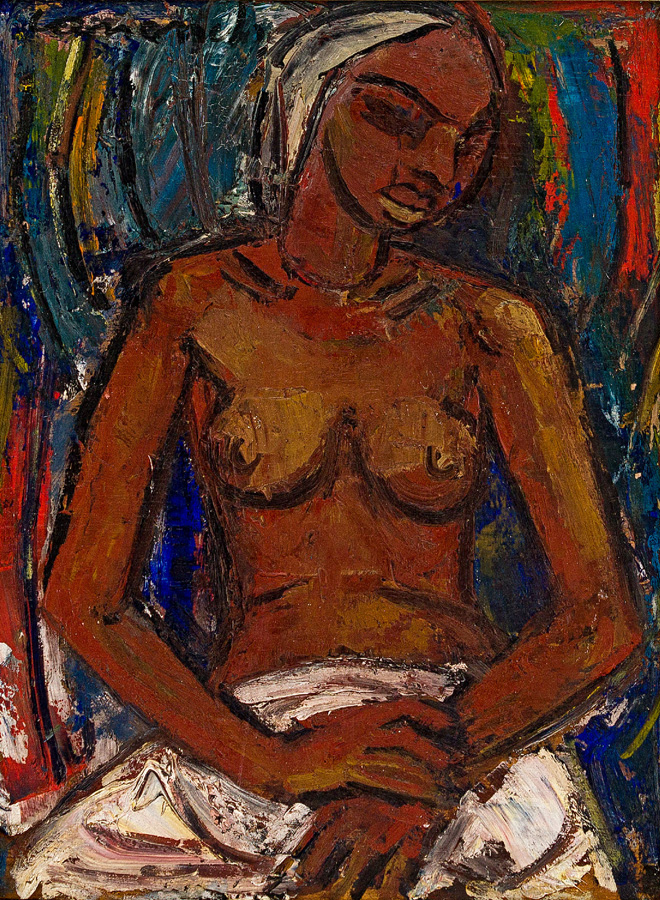 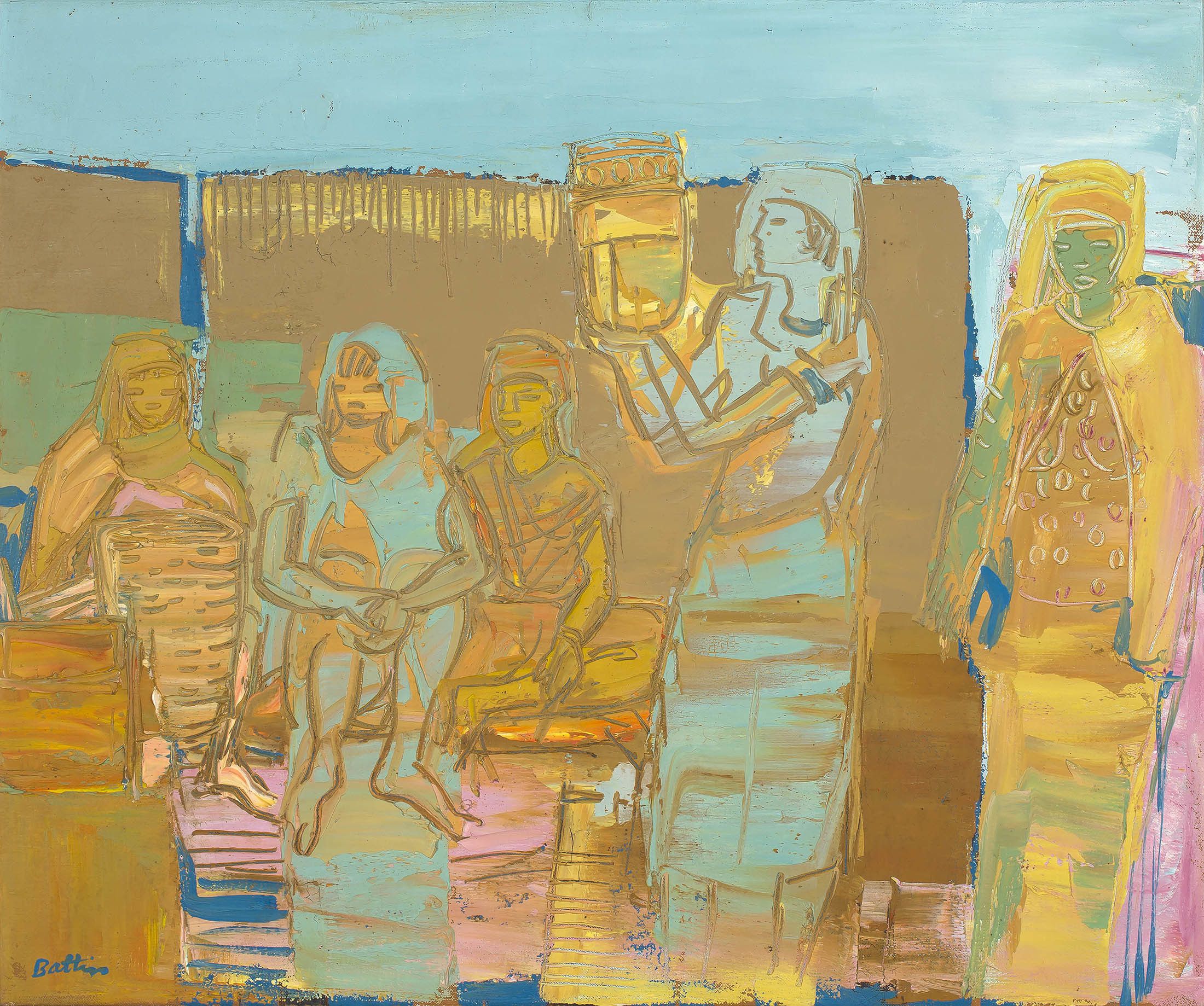 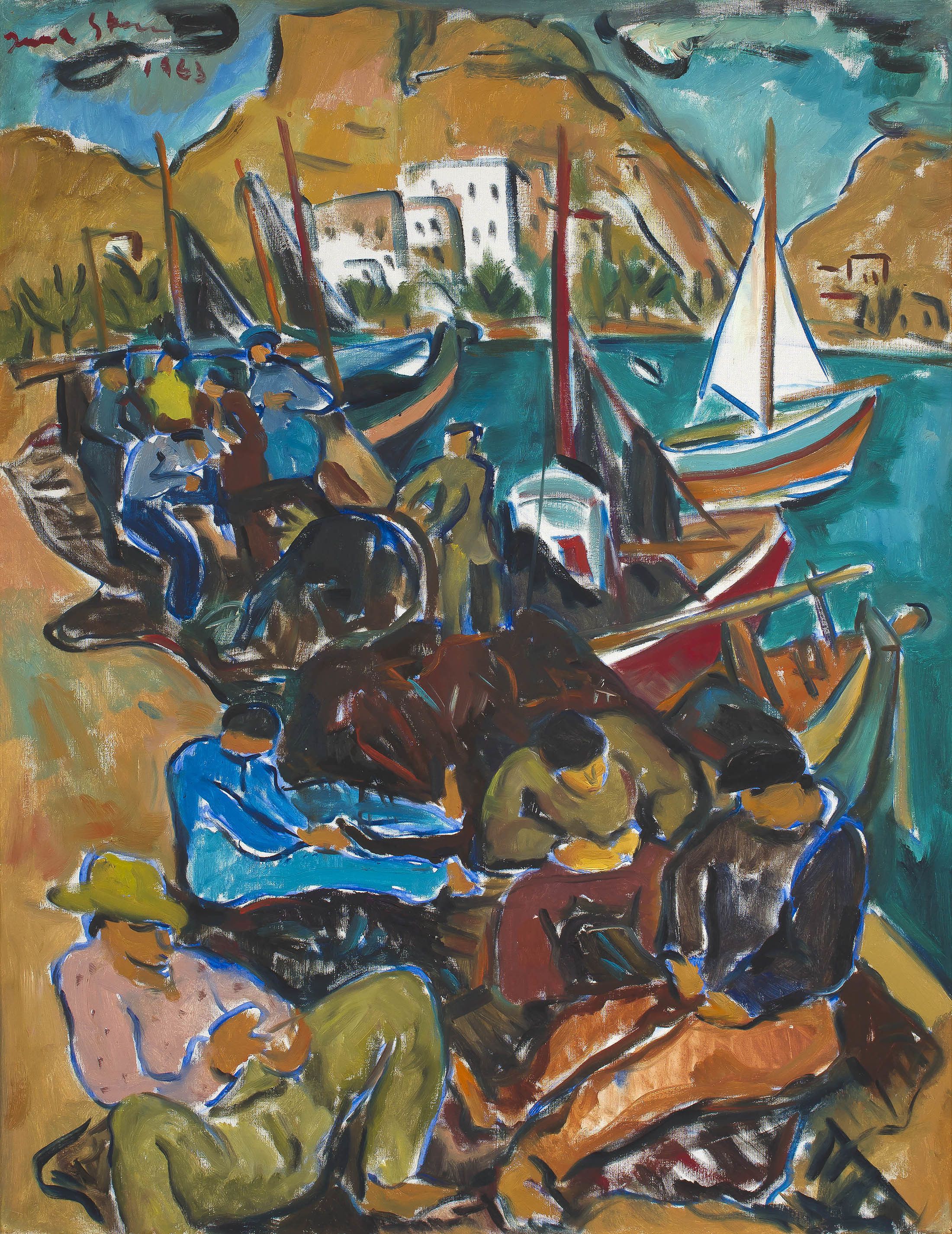 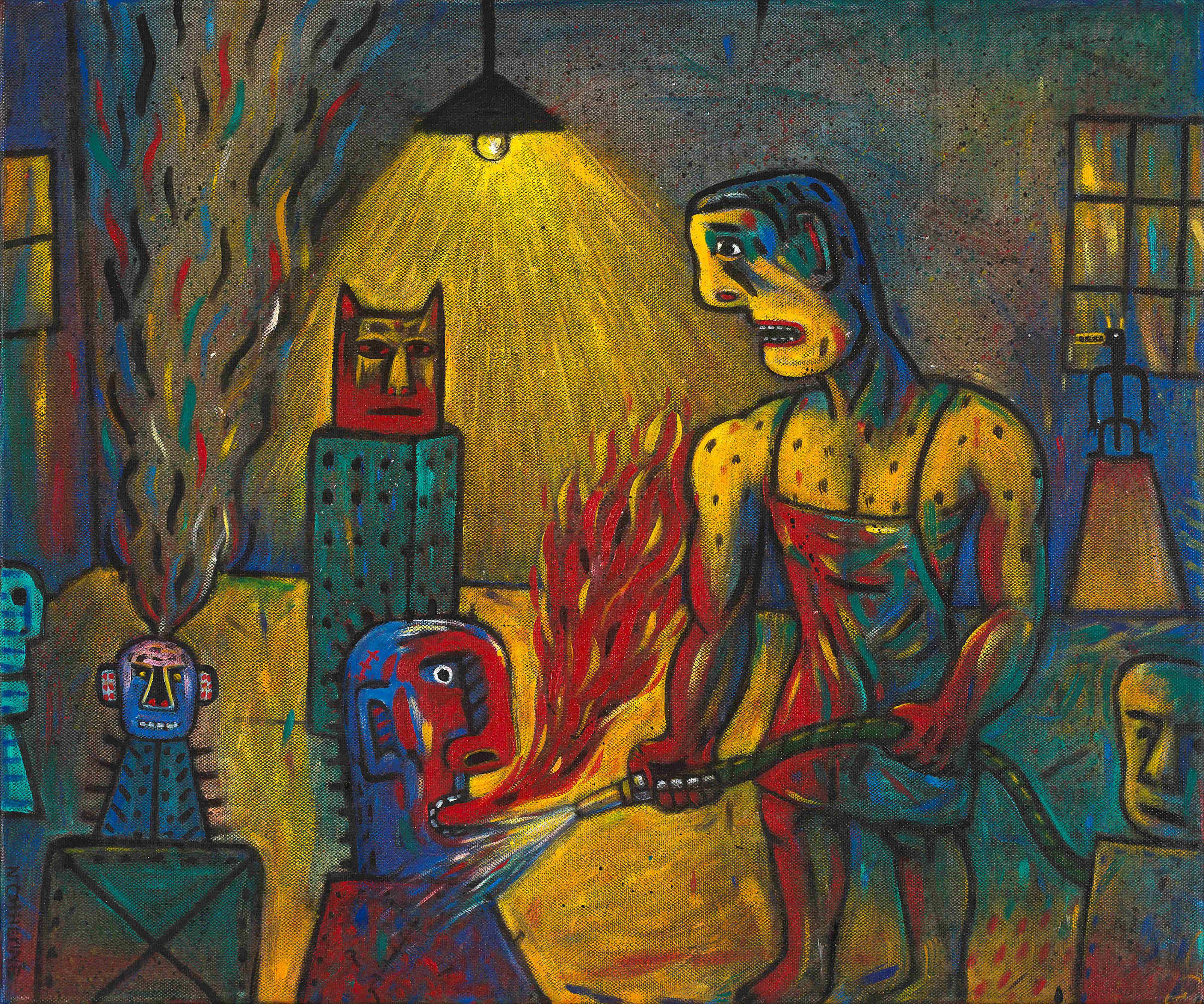 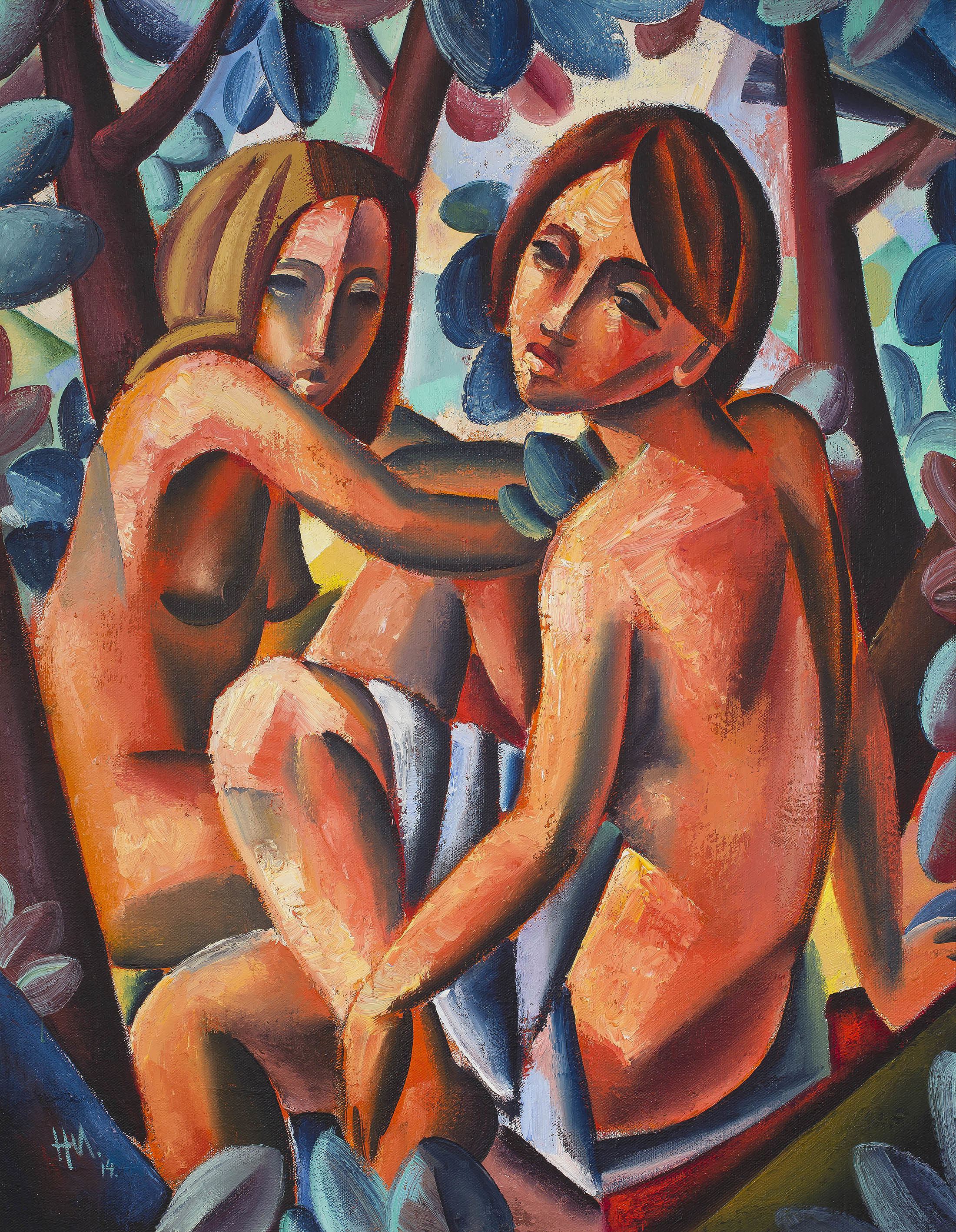