1968 was a seminal year for Alexis Preller. He met Guna Massyn, the attractive youth who was to become his life’s companion and he undertook a trip to Greece and Turkey in August and September. Preller was thrilled to be exploring the ancient Aegean history, culture and mythology that had so fascinated him. He toured many sites including Delphi, the seat of Apollo and the famed oracle. The son of Zeus, Apollo has been variously recognised as a god of light and the sun; truth and prophecy; medicine and healing. Being supportive of all the arts and the very epitome of civilization, Apollo is seen to be both creative and handsome.

Apollo’s youthfulness is captured in the sculpted figure of the kouros, which has come to represent the ideal of male beauty. Inspired by these figures and what they may represent, Preller sought ways of developing this new theme in his paintings. As Karel Nel explains:

The image that Preller chose ... is that of an archaic Greek kouros, or Apollo figure. In company with so many of those ancient sculptures, only the torso of this kouros has survived the ravages of time. But the absence especially of a head and its identifying facial features is, in fact, a virtue, because it lends a universal quality to the emerging figure – an anonymity that amplifies the impact of the image and adds potency to Preller’s abstract theme.

Speaking of an earlier painting of the same subject, Nel continues:

The quality of the work lies in the grandeur of its conception. It does not present a mimetic image of a man, yet it conveys an immensely powerful idea of manhood. One fails to be concerned about the incompleteness of the figure: the mental image of this form is of a total being.i

While Preller’s experimentation with gestural abstraction is increasingly evident in the more painterly treatment that minimises contour lines and integrates the figure into the ground, the iconic status of this symbol of beauty is enhanced through the addition of gold leaf. 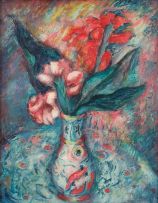 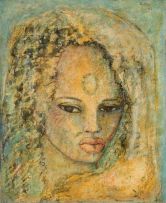 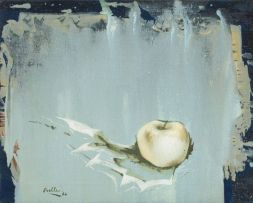 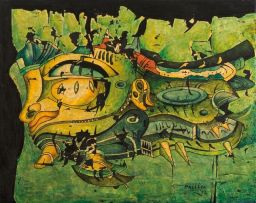 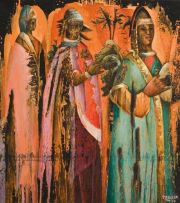