Maud Sumner
South African 1902-1985
Nature Morte
signed and dated 50; signed and inscribed with the title on the reverse
oil on canvas
50 by 60cm excluding frame

Maud Sumner, more than most other artists, has introduced to the South African art scene an appreciation of French art through her paintings which reveal an intelligent and sensitive response to the French modernist masters.

Maud Sumner was an educated, articulate and independent woman who, in many ways, was ahead of her time. In 1922 she was awarded her MA in Literature from Oxford University and went on to study art in London and Paris. While she was born in Johannesburg and continued to visit South Africa and England, it was in Paris that she made her home. She once famously declared: “As a person I am South African and English, but as a painter I am French”.

In Paris she studied under Maurice Denis, the leading theorist of the Nabi movement, and met many of the great artists of the day including Braques, Matisse, Picasso, Léger and Villon. Not only did she relish the artistic atmosphere of the art capital but she absorbed the influences of French modernism which are clearly evident in this still life.

Nature Morte displays the distinct influences of both Analytical and Synthetic Cubism, the former in the analysis of forms from different angles and the latter in the decorative treatment of the painted surface through large shapes of bright colour and varied patterning. It is hardly surprising that paintings such as these would have caught the attention of major international collectors. Sumner is represented in the Musée de l’Art Moderne, Paris; the Stedelijk Museum, Amsterdam, the Ashmolean Museum, Oxford and the Contemporary Art Society, London, amongst others. 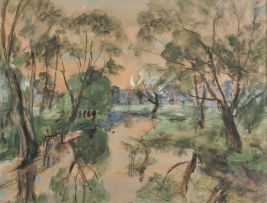 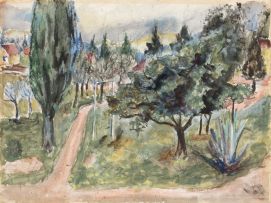 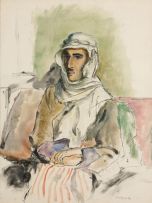 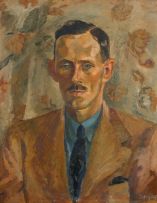 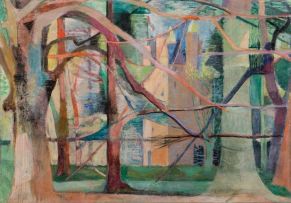 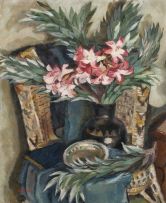