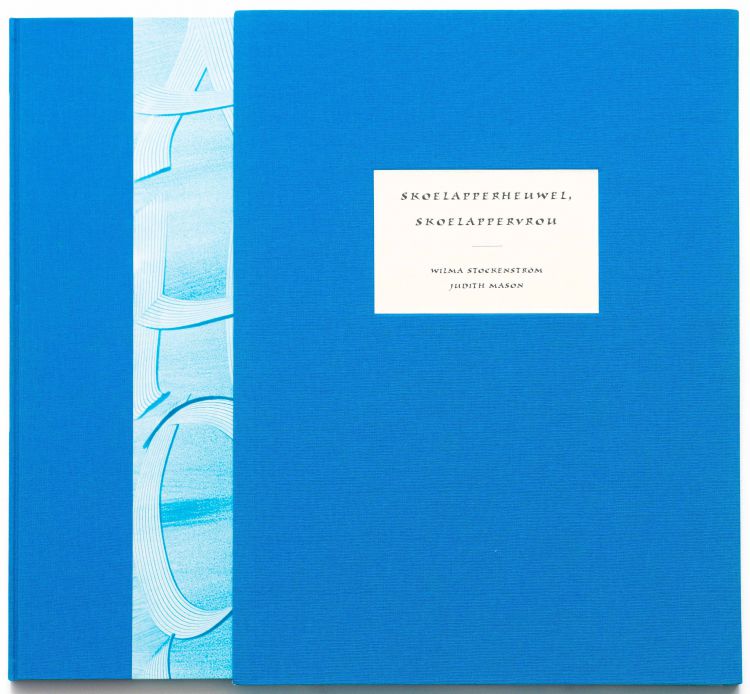 This important artist's book was thought to have been lost in 1988, but has recently been rediscovered in Johannesburg. Consisting of a poem, 'Skoelapperheuwel, Skoelappervrou’, especially written for the publication, the book is illustrated by acclaimed artist Judith Mason. The poem is in Stockenström's inimitable style (which has been described by theorists and critics as 'ironic realism'), and is about the origins of the creative process as experienced and verbalized by a single parent raising her two children. Mason's visceral, yet lyrical illustrations take on the shape of original pencil drawings, re-worked photolithographic images, lithographs, and collages of lithographs. The poem was translated from the Afrikaans by Malcolm Hacksley and Casper Schmidt in 1989, and the translation appears as a loose insert. The book was printed on a lithographic etching press on 250gm Rives BFK paper by Bruce Atwood of the former Broederstoom Press. The text was set in Visigoth, a typeface especially designed for the book by Cynthia Hollandsworth of Alpha Omega Typography in New York. Judith Mason, in the revised colophon, made it clear that '(after) being printed, but before being bound, all Artist's Proofs and the entire edition of Skoelapperheuwel, Skoelappervrou was lost. Twenty-two years later copies were found in Johannesburg, and a donor paid for their binding by Peter Carstens in Johannesburg. Loose leaf Butterfly Woman, Butterfly Hill insert.

Another example of this publication is in the permanent collection of the Smithsonian Institution, Washington. 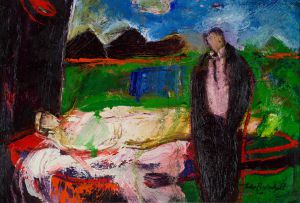 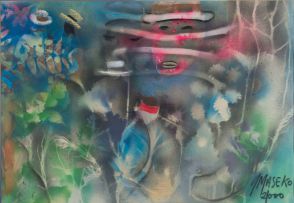 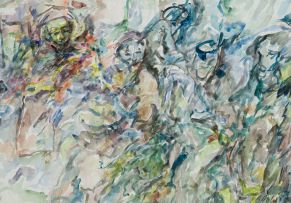 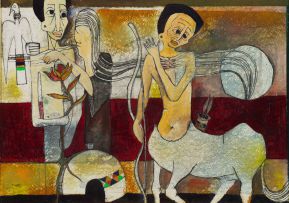 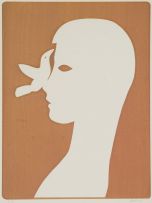