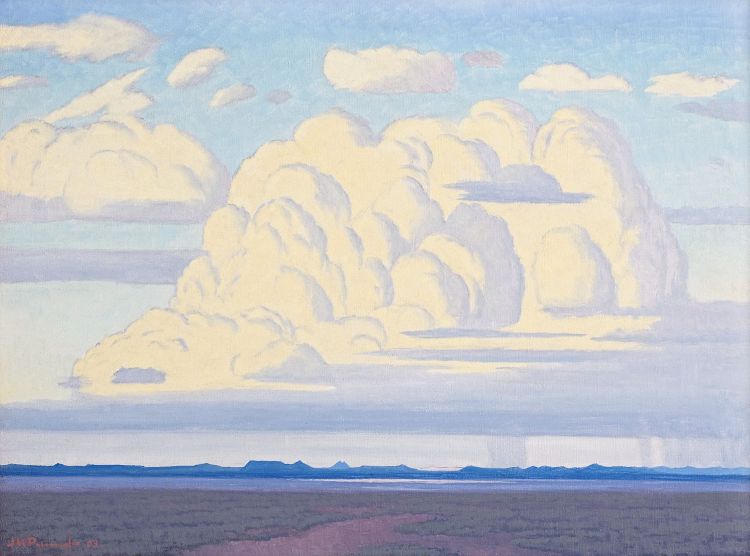 For Pierneef, skies and cloud formations were an abiding interest. He is regarded as much as a painter of the South African cloudscape as of the landscape and, in the majority of his works, the sky and its cloud formations are given priority. According to Nic Coetzee, for Pierneef “these were not two distinct elements within the landscape” rather, “[t]he harmony of the two spheres earth and sky parallels the relationship between the human and the divine”.1 Coetzee ascribes these “pantheistic notions” to the influence on Pierneef of the Dutch theoretician, Willem van Konijnburg and the South African poet, Totius.2

The composition of Pierneef’s later paintings is described thus: “the spatial reading is usually simplified with the use of an introductory device across the base of the painting – most often a horizontal ledge which acts as a kind of windowsill, whether it be rocky ledge or grassy bank – that takes the gaze into the landscape as well as framing the picture”.3

“His mystic towers and castles in the air above the … landscape are almost legends in themselves, they have become symbolic. They hover over the veld like mountains and bring a dramatic tension to static scenes. At times these heavy cloud masses are highly stylised or they form a stylistic unity with the landscape. On other occasions they acquire almost anthropomorphic traits”.4

In this painting, the fluidity of the billowing clouds is in stark contrast to the rigid landscape. While the clouds can be open to various interpretations the landscape is firm and immutable. Though Pierneef loved to paint clouds, he always depicted them in relation to the landscape, presumably, as a point of perspective. This gives the viewer an indication of the magnitude of these formations, and emphasises the enormity of the clouds in proportion to the dwarfed landscape below. Though not a religious man by nature, having broken with the church after divorcing his first wife in 1924, some of Pierneef’s finer cloudscape paintings exude an almost metaphysical character. 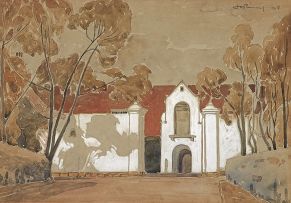 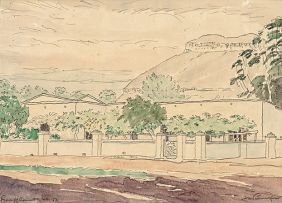 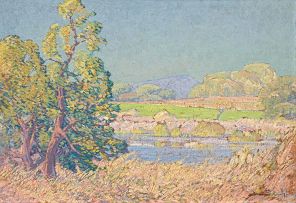 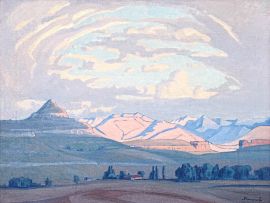 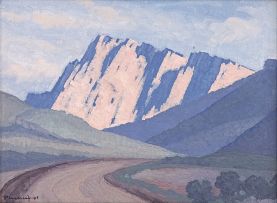 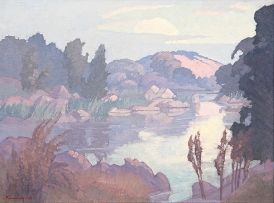