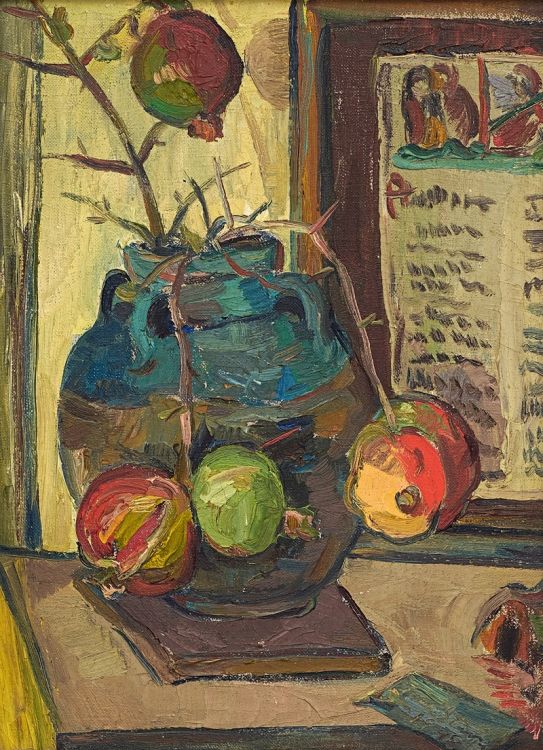 Painted in the late 1940s when Irma Stern was, by critical consensus, at the height of her career, this delightful painting is an example of Stern at her best. It bears the hallmarks of a mature artist sure of her medium. Paint is confidently applied in fluid brushstrokes that trace shapes and build three-dimensional forms.

Pomegranates, ranging in colours from green to ripe orange and rich red, vibrate against the vivid lemon background and turquoise neck of the jar. With its brownish slip and heavy copper-green glaze, the vase was one of her favourites and features in several of her still life paintings. It is, in all likelihood, the Chinese jar which Stern acquired for her own collection and which is currently in the UCT Irma Stern Museum (catalogue number 534).

The framed work to the right of the vase is quite possibly a German illuminated manuscript. It formed part of the consignment from her collection which was sold at auction after her death and is described in the catalogue as one of ‘two framed pages of early German printing with coloured illustrations’.1

The painting’s subject – fruits and beautiful objets arranged in a pleasing composition – bears testimony to her fine eye, appreciation of culture and enjoyment of both the aesthetic and sensuous pleasure of food. It is perhaps not surprising then that the artist selected it as a gift for a special friend – Professor Joachim Rosteutscher who was professor of German at the University of Cape Town.

A gift from the artist to the current owner's father 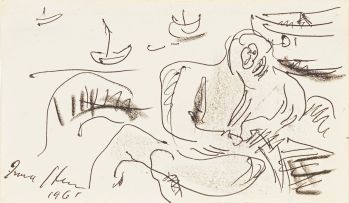 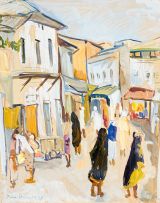 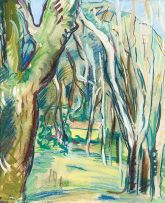 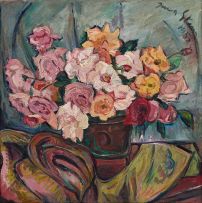