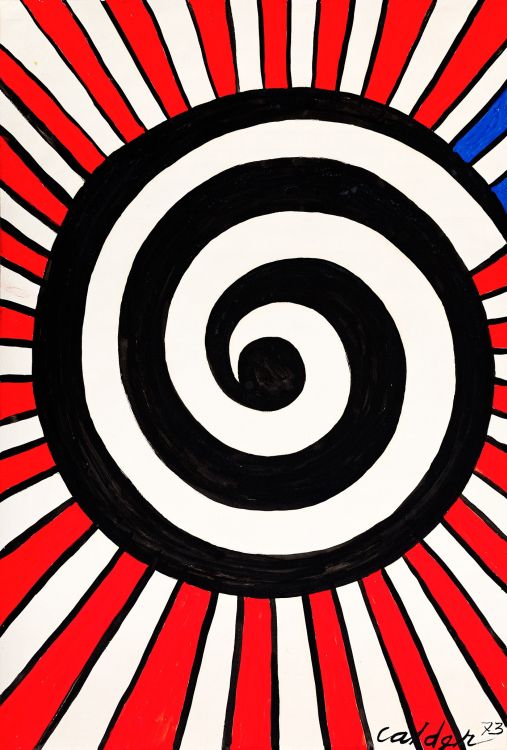 I have chiefly limited myself to the use of black and white as being the most disparate colours. Red is the colour most opposed to both of these – and then, finally, the other primaries. The secondary colours and intermediate shades serve only to confuse and muddle the distinctness and clarity.1  Alexander Calder

Alexander Calder’s grandfather and father were both sculptors and all three men shared the same forename. His mother was a painter. He was originally trained as a mechanical engineer at the Stevens Institute of Technology in New Jersey, where he came to attention for his descriptive geometry, before joining the Art Students’ League in New York in 1923. Marcel Duchamp coined the term mobiles in 1932 to describe Calder’s first animated constructions, while Jean Arp coined the term stabiles for his non-moving constructions.2 The mobiles – motorless wire forms for which he is most famed – are constructed from metal discs of varying shapes and sizes painted in primary colours or black and suspended on thin wires that respond to air currents. Calder described these as “4-D drawings” and for his introduction of movement into sculpture he is regarded as a precursor of kinetic art.3

Though he worked as an illustrator for the National Police Gazette from 1925-6, produced sport-related drawings (mainly of boxers) for a satirical magazine, and made time to draw throughout his life, Calder only started painting in gouache in the 1950s by which time his reputation as a sculptor was firmly established.4

Calder’s work achieved “a synthesis between engineering and sculpture, design and chance, constructivism and lyricism, and simplicity and mystery”.5 His work is included in public and private collections around the world, including the Whitney Museum of American Art, New York; the Museum of Modern Art, New York; Centre Georges Pompidou, Paris; the National Gallery of Art, Washington; and the Johannesburg Art Gallery, amongst others. 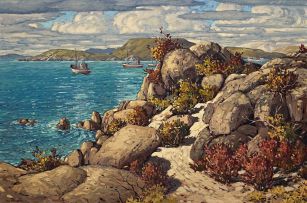 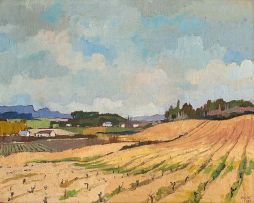