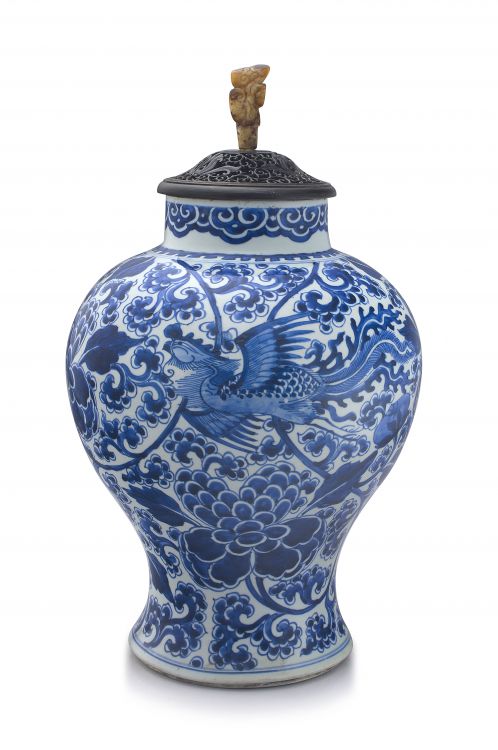 
the baluster body painted with a pair of phoenixes amongst flowering peonies and scrolling foliage, the shoulder with key-fret border, the neck with ruyi-head decoration, hairline crack to the base, firing fault to the footrim, underglaze-blue double-ring mark, 34,3cm high, with a carved and pierced wood cover, surmounted by a jade finial, Ming Dynasty, carved with lingzi, the stone of mottled russet and green tones, 6cm high 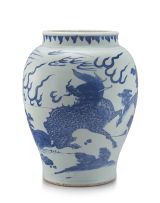 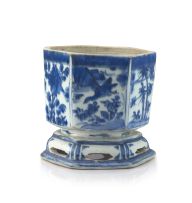 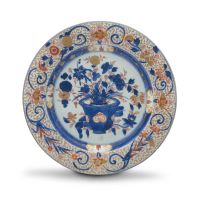 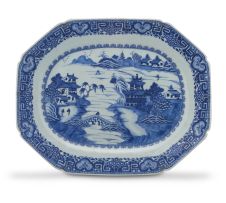 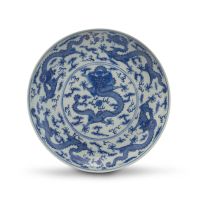