A Chinese Export hardwood, dream stone and mother-of-pearl inlaid suite, 20th century
comprising: a half-moon table, four armchairs, a pair of side tables, and a frame, each chair with pierced back inlaid with foliage and flower-fillled vases centred by a marble dream stone enclosed by a moulded frame inlaid with ten bats and shou symbols, panelled seat, with scrolling openwork arms, shaped pierced apron, on dragon-headed square-section legs joined by a shaped box-stretcher, on ball and claw feet, with later castors, the half-moon table 89,5cm high, 122cm wide, 56cm deep 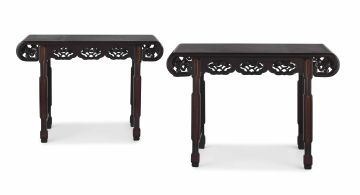 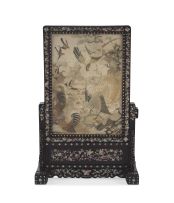 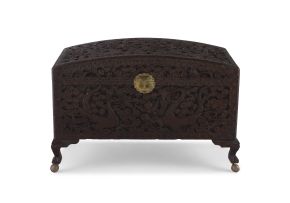 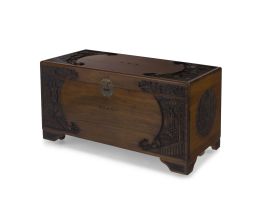 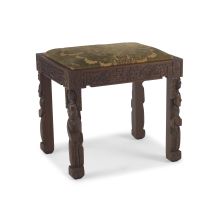