Last month, in a packed lecture held at the offices of fine art auctioneers Strauss & Co, Stephan Welz, the longest practising fine art expert and auctioneer in South Africa, held the room rapt as he concentrated his attention on the phenomenal, and largely unsung, contribution made to local arts and culture by Jewish philanthropists. 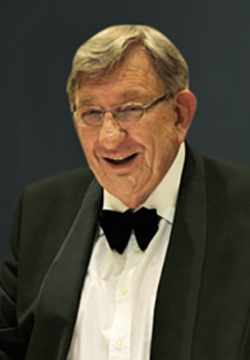 He gave a comprehensive account of the too-often unacknowledged generosity and genuine philanthropy of a group of people to whom South Africa is greatly indebted. In fact, he argued, without the contribution of Jewish philanthropy, South Africa would be a considerably poorer country as far as arts and culture is concerned.

Among the most notable – appropriately as the Johannesburg Art Gallery celebrates it centenary this month – was the role played by Sir Lionel and Florence Philipps, who founded the Johannesburg Art Gallery and its foundation collection, and Max Michaelis, one of its biggest benefactors. While Lady Phillips established the gallery, Michaelis donated £5,000 (between £500,000 and £4million today) toward the purchasing fund, one of the largest donations. Michaelis is also responsible for the establishment of the Michaelis Art Library in Johannesburg, the Michaelis Art School at UCT, and a collection of Dutch and Flemish old masters in the Michaelis Collection, housed in the Old Town House in Cape Town. The Phillipses, incidentally, were also instrumental in the establishment of the Kruger National Park and Kirstenbosch Gardens.

Another was Sidney Mendelssohn, who is responsible for the Library of Parliament, and who devoted many years to the compilation of his seminal and much sought-after South African Bibliography which was published in 1910 and became the “Bible” of all Africana book collectors and dealers. Mendelssohn also bequeathed his collection of 700 books and 300 prints, paintings and sketches to the Government of the Union of South Africa. Also worth mentioning, among many others, is William Fehr whose collection is housed in The Castle in Cape Town.

Given the small size of the Jewish population in South Africa, currently at 0.2 percent of the population, Welz emphasised how the magnanimity of the contribution of the Jewish community, and how absolutely fundamental it has been to the artistic cultural heritage of South Africa.

He will also be conducting free art valuations at Strauss & Co. Please call 021 683 6560 to book an appointment.