We celebrate the closure of the year with an annual total of R170 million, over 90% of the total achieved in 2010 - which was a boom year for the art market - and double the total achieved in 2009. Against the background of a challenging market and ever more selective bidding from collectors, we are delighted with this outstanding result for our third year in operation which firmly establishes Strauss & Co’s position as worldwide market leader in South African art. We attribute the success to the company’s unsurpassed professional expertise and marketing strength. Even in the present uncertain economic times, South African art prices reached new levels with records achieved for a number of artists.

Our most triumphant moment of the year was no doubt the sale of Irma Stern’s important Zanzibari painting titled Two Arabs, which sold for R21 million making it the most expensive painting ever sold in South Africa. We broke the South African auction record for Irma Stern previously set by Strauss & Co for Gladioli which fetched R13.368 million in October last year. This superb example of Stern’s work which had been held in the private collection of Mr and Mrs Louis Schachat and since in another important private collection, had not been seen publicly since 1968 when it was included in the exhibition Homage to Irma Stern, presented by the Rembrandt van Rijn Art Foundation for the Cape Arts Festival at the Rembrandt Art Centre in Johannesburg, the Pretoria Art Museum and the South African National Gallery. A similar example forms part of the Collection of the Rupert Art Foundation.

The packed auction room was abuzz with excitement and broke into rapturous applause as Stephan Welz knocked down the painting to an elated buyer in the room.

A shift in the market

At the beginning of the year we anticipated an impending and necessary shift of emphasis in the South African art market which in recent years has ridden on the back of Irma Stern. We sensed that collectors were increasingly becoming aware of the good value presently to be had with artists who have somehow fallen out of the limelight due to all the attention and publicity being given to Stern. The market could certainly be described as being out of balance as far as prices are concerned and an adjustment was long overdue.

Looking back we have witnessed the exponential growth of many artists’ prices, other than ‘the top performers’, which contributed towards broadening and strengthening the base of buyers and laying the foundations for increasing activity and value in the art market. With more buyers able to acquire a wider number of works by other artists, the art market showed encouraging signs of diversifying. These include Pieter Wenning, Hugo Naudé, Gerard Sekoto, George Pemba, Robert Hodgins, Sydney Kumalo, Lucas Sithole and Rosamund Everard-Steenkamp.

Interestingly, strong sculptures trumped many a painting at our auctions for example Sydney Kumalo’s A Man on a Bull and Lucas Sithole’s Charging Afrikander (Afrikaner Bull) both broke records at R1 448 200 and R946 900 respectively. Contemporary art throughout the year also commanded high prices with records for Robert Hodgins’ Greenpiece ‘99 No 3 (A Godson of the Godfather) which realised R612 700 and William Kentridge’s Blue Head which sold for R779 800, the highest price paid for any South African print at the time.

Strauss & Co goes to great lengths to ensure the successful sale of the consignments taken on. This includes first and foremost assigning market related estimates that are not driven by sellers or an urge to “clinch deals at all costs” as is often the case in a competitive market. Amongst the small selection of larger Sterns and Pierneefs that were unsold this year, some can be attributed to bullish seller-driven estimates. Very simply, if the estimates are too high, the works will not be attractive to potential buyers and therefore will not sell.

Following the unsuccessful sale of Irma Stern’s The Cellist and two Pierneefs, Stephan Welz commented: “this was obviously a disappointment but I believe readily accounted for. We are dealing in a relatively small market and it has simply been saturated with expensive Sterns and Pierneefs in the last 18 months. The heartening aspect of our auctions this year was the prices paid for good works by less prominent artists and contemporary artists. In fact this reflects a broadening of the market which is to be welcomed. The market also proved strong for good works realistically estimated - which is how it should be.”

Two milestones in South African Art returned to the market

JH Pierneef’s masterpiece Extensive Landscape Northern Transvaal made auction history in 1985 when it became the fi rst South African painting to break the one hundred-thousand rand mark, selling for R120 000. In March 2011, twenty-five years later, it has become the most expensive Pierneef to be sold at auction in South Africa.

In 1995, Irma Stern’s Still Life of Delphiniums created a stir when it broke through the R200 000 barrier selling for R209 000. This set a new record for Irma Stern and was South Africa’s most expensive painting sold at auction for over five years. It is now the third most expensive still life by the artist, following closely behind Gladioli and White Lilies. Both the Pierneef and Stern paintings sold in March for R10 583 000.

This proves that art has investment potential and the added benefit of providing daily enjoyment.

Decorative Arts performed well this year, the highlight being Cape silver. We were fortunate to handle The Du Plessis Collection which comprised high quality and rare pieces. An 18th-century Cape silver coff ee pot sold for R512 400. This was followed closely by a Cape silver sugar basket which sold for R490 160. These are the two most expensive pieces of Cape silver ever sold. Both pieces more than doubled the previous highest price paid for a piece of Cape silver. These pieces were held by the Du Plessis family for six generations, having been first acquired in the 1780s. Both pieces featured on South African postage stamps issued in November 1985. Rare and important pieces with a good provenance will invariably command high prices.

Despite this more strained market, we are pleased to announce that there will be no increase in our buyer’s premium, which is the lowest in the current market. It is set at 10% of the hammer price for lots selling in excess of R10 000 and 15% for lots selling at R10 000 and under. VAT is charged only on the premium (the latter being a service charge).

We are delighted to welcome Susie Goodman (née Johnson) who recently joined Strauss & Co as Head of Client Services and Client Development in our Johannesburg office. Susie brings with her a wealth of experience having worked at Christie’s in London for eight years where she headed the Client Advisory Department, was in charge of new buyer development, client development projects and private clients. She is also a trained auctioneer.

We were involved in a number of fundraising initiatives which all proved to be an enormous success and very rewarding.

Name the Iris: The WWF Table Mountain Fund approached us to sell the naming rights of a rare newly discovered West Coast iris on the verge of extinction. It started as a tailor-made online auction hosted on the Strauss & Co website and culminated in an elegant dinner and auction conducted by Stephan Welz at The Mount Nelson Hotel. After competitive bidding it was finally knocked down for R550 000 to Mike and Rose Hainebach who named the iris after his family, the formal Latin name being Moraea hainebachiana. This is the first time that a plant species name has been auctioned in Africa.

Over R718 000 raised for art bursaries at Michaelis: In July the Michaelis School of Fine Art, Cape Town, hosted its much anticipated Alumni and Staff Auction in aid of bursaries and scholarships at the school in collaboration with Strauss & Co. Stephan Welz auctioned ninety lots of works by prestigious and emerging artists, raising over R718 000 which the school will use to establish a fund to support talented and needy students with their studies. This was the first time that the school hosted an auction of this magnitude, with work generously donated by lecturers and former graduates.

Stephan Welz recalls the many significant years of association with artists from the Michaelis School of Fine Art; “Nearly 60 years ago, my father donated a linocut which was published in an edition of 100 and formed part of the portfolio of 20 prints by various artists which were hand-printed by the Michaelis School of Fine Art. The linocut was entitled The Prayer and I believe his prayer has been answered in view of the success the School has achieved over the years. This portfolio has proved to be a remarkable investment both in making the various artists’ works available to smaller collectors but also commercially, in that it currently sells for over R30 000 at auction. I am sure my father would be delighted to know that the company I am involved with, Strauss & Co, continues to support the Michaelis School of Fine Art in a charitable way but also reaps the benefit at auction with so many of the former students’ works now achieving record prices setting a superb example for contemporary art in South Africa.

Boerneef Art Debate and Dinner at Welgemeend raises R66 000 for restoration: A most interesting and enjoyable evening hosted by Strauss & Co and Sanlam Private Investments was held at Welgemeend in Gardens, Cape Town, to raise money for the much needed restoration of paintings from the Boerneef collection of South African art. R66 000 was raised by a room full of generous and committed guests who left feeling enlightened after Stephan Welz and Stefan Hundt challenged one another on interesting aspects of a selection of Sanlam and Strauss & Co paintings. Dr Hans Fransen, chairman of the Friends of Welgemeend and Boerneef Collection, was elated at the success of the evening. Strauss & Co will continue to support this cause in an endeavour to create public awareness of our country’s important, yet often unknown, art heritage.

St Cyprian’s Private Girls’ School, Cape Town: One of the top lots auctioned at the St Cyprian’s School 140th Birthday Ball and Auction Fundraiser held at The Rotunda on 12 November was a dinner with our own Stephan Welz. A committed parent, art aficionado and great admirer bid ferociously up to R26 000 at this well attended and elegant event to secure this lot. The auction raised a total of R730 000.

Facet Charity Auction at Delaire Graff Estate: In November, Delaire Graff hosted a black tie dinner and auction to raise funds to build a Graff Leadership Centre in South Africa’s winelands. 19 lots went under the hammer including works of art by contemporary South African artists. The evening was characterised by competitive bidding and R1.3 million was raised, way above expectations. Strauss & Co ran the auction which was conducted by Stephan Welz.

We are privileged to have been entrusted with the sale of the late Professor Walter Beck’s collection of glass, Chinese porcelain and Japanese cloisonné.

A prominent cardiologist, who was part of Christiaan Barnard’s first heart transplant team, Professor Beck passed away earlier this year at the age of 85. His eclectic collection comprised of Cape furniture, European glass from 1890 to 1960, monochromatic and blue-and-white Chinese porcelain and luminous Japanese cloisonné from the Meiji period (1868 to 1912). He was an academic with an astute eye for high quality craftsmanship and detail.

We should like to take this opportunity to thank our loyal clients for their ongoing support and look forward to the forthcoming year. 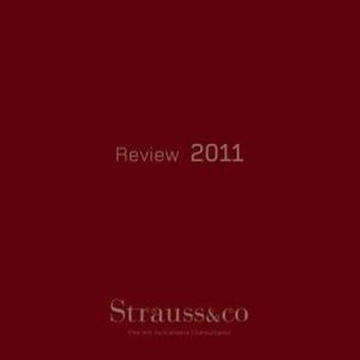