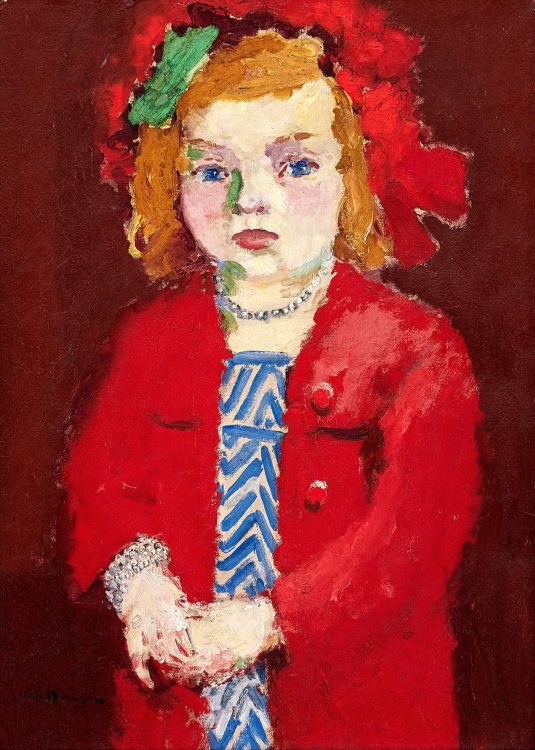 This painting of Van Dongen’s beloved daughter, Dolly, painted in Paris in 1909, confirms his stature as one of the leading avant-garde artists of the 20th century. After enrolling at the Rotterdam Academy of Fine Arts at the age of 16, he made several trips to Paris before settling there in 1901. As a resident of Montmatre from 1903 until 1911, he successfully sold paintings to the prestigious Bernheim-Jeune gallery and exhibited with Ambroise Vollard and Daniel-Henry Kahnweiler, the premier art dealers in late 19th and early 20th century art who represented the likes of Cézanne, Gauguin, Van Gogh, Picasso and Braque.

Van Dongen and his family at first lived in the notorious Bateau Lavoir area where their circle of friends included Picasso and his girlfriend, Fernande Olivier. In 1905 Van Dongen exhibited in the controversial Salon d’Automne, alongside Henri Matisse and others who were hailed as “les Fauves” or “wild beasts” for their use of unmodulated, bright colours and expressive painterly brush marks.

By 1909, the family had moved to an apartment in the rue Saulnier indicative of a relative prosperity, which is evident not only in the child’s clothing and adornments but in a new-found confidence of style which the artist brings to his subject.

Van Dongen was clearly at ease painting aspects of his happy family life with his wife and daughter Dolly – named Augusta after her mother but fondly called by her nickname. An only child, she was born in 1905, four years after they had lost their son. At the heart of the composition is the quiet intensity of the child’s bright blue eyes set against her fine complexion so lovingly rendered by her adoring father. Sparkling jewels at her neck and wrist draw attention to the focal points of face and hands.

Famous for his love of colour, the artist has produced a luminous painting. The child’s delicate face is embedded in glowing warm reds and burgundies offset by the contrasting green ribbon and patterned blue of her dress. The brilliant colour and expressive brushwork situate this work on the cusp of Fauvism and the Expressionism of his later works, developed after he was sought out by and joined the ranks of Die Brücke, gaining considerable fame in Germany. 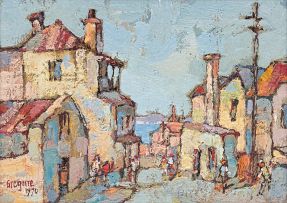 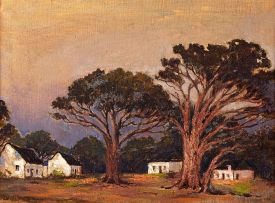 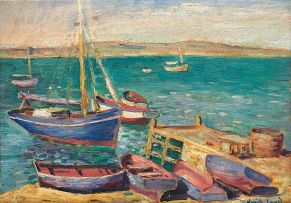 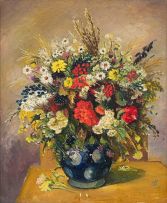